In 2018, certain types of nitrosamines (N‑nitrosodiethylamine (NDEA) and N-nitrosodimethylamine (NDMA)) were detected in a number of active substances used in the treatment of hypertension and in related medicines. Nitrosamines are known as possible carcinogens for humans: only very low amounts are acceptable according to current regulatory requirements (ICH M7 “cohort of concern”). Their detection requires highly sensitive analytical methods. As clarified by the European Medicines Agency (EMA), their presence in active substances may be linked to several factors, such as processing conditions, accidental introduction due to cross-contamination (due to processes running in parallel on the same production lines), recovery procedures for solvents, or also from degradation of the substance.

In line with its mandate to promote and protect public health in Europe by ensuring access to good quality medicines and healthcare, the European Directorate for the Quality of Medicines & HealthCare (EDQM) has been working actively at various levels to address the presence of nitrosamines in active substances and medicines and regularly informing all stakeholders, from national authorities to manufacturers, on the state of the works and on initiatives taken.

The EDQM has been co-operating continually with regulatory authorities at national, international and EU level and has regularly published updates on its website.

Details of EDQM initiatives concerning nitrosamine contamination can be found below.

Rapid implementation of the revised sartan monographs on 1 April 2021

Revising relevant European Pharmacopoeia (Ph. Eur.) monographs to add limits for N-nitrosamine impurities, an important part of ensuring the continuity of the supply of medicines for the benefit of patients in Europe

The revised monographs, which were published in the 10th Edition of the Ph. Eur. in June 2019 and became effective on 1 January 2020, include the interim limits for these impurities (NDMA and NDEA) described in the Annex to the European Commission decision. These interim limits were applicable for a two-year transitional period, during which batches containing NDMA or NDEA above the interim limits, or both nitrosamines at whatever quantifiable level, will not be allowed on the market.

On 13 November 2020, the EMA published a news[1] indicating that its human medicines committee (CHMP) had aligned recommendations for limiting nitrosamine impurities in sartan medicines with recommendations it issued for other classes of medicines. The main change concerned the limits for nitrosamines: where they previously applied to active substances, from now on they apply instead to the medicinal products. Consequently, the Ph. Eur. Commission decided to adapt its strategy accordingly and further revised the monographs on the five active substances initially concerned (valsartan, candesartan, irbesartan, losartan and olmesartan) by suppressing the texts under the “Test” section and rewording the “Production” section. The revised monographs will be published in the Ph. Eur. Supplement 10.6.

At its 168th session in November 2020, the Ph. Eur. Commission adopted a new general chapter on the analysis of N-nitrosamine impurities in active substances (2.5.42, previously listed as 2.4.36).

The general chapter should be seen as an analytical toolbox that proposes three procedures relying on more or less sophisticated instruments (GC-MS, LC-MS/MS and GC-MS/MS). It was considered important to include a varied set of procedures using different instruments, thus covering the diverse needs of many quality-control laboratories in Europe and beyond.

1. European Medicines Agency, “Nitrosamines: EMA aligns recommendations for sartans with those for other medicines”, 13 November 2020.

As soon as the EDQM became aware of the presence of NDMA in a specific source of valsartan, the data from the other dossiers for the same substance were reviewed and updates were requested from CEP holders in order to address the potential presence of nitrosamines. As a result, some CEPs were revised to include limits for nitrosamines controlled by validated methods.

Moreover, from 1 October 2020, applicants and CEP holders have been requested to systematically include a risk assessment regarding the potential formation of nitrosamines in any new CEP application, sister file or renewal application, as well as in any revision where a risk of nitrosamine formation may be introduced (i.e. changes to the manufacturing process, change of suppliers of starting materials or intermediates, etc.).

Read the update of 17 August 2020 on nitrosamine risk assessment for CEP holders.

As of December 2020, all of the currently valid CEPs for the five sartans containing a tetrazole structure comply with the requirements of the current monographs (i.e. a mandatory test is included for nitrosamines, irrespective of whether these impurities have actually been found in any batches).

This decision was published on 13 November 2020 on the EMA website.1 As this has an impact on the sartan monographs, these monograph were discussed at the European Pharmacopoeia Commission session in November 2020 to align them with the EMA decision. The revised monographs will be published in the Ph. Eur. Supplement 10.6.

Sartan CEPs will therefore have to undergo further revision once the updated monographs themselves have been published.

Read the latest update on the CEP procedure in view of the nitrosamine situation.

In 2018, when levels of NDMA were found to be above the acceptable limit of 0.300 ppm (the temporary limit set by the EMA’s SWP taking into account the permitted daily exposure (PDE) for NDMA and the maximum daily dose of valsartan) in a source of valsartan, the CEP concerned was immediately suspended.

The EDQM also conducted a complete review of the manufacturing information submitted in all CEP applications for the substance concerned and for all other structurally related active substances. In addition, all new applications or renewals of CEPs – or any revisions where the synthetic route or sourcing had been modified – for all APIs were systematically assessed.

CEPs for active substances containing nitrosamines above the temporary EMA limits were suspended. A number of these CEPs were restored as soon as the companies implemented corrective actions which the EDQM assessed as satisfactory.

Extending the controls and verifications of relevant CEP dossiers, which started with sartans with a tetrazole ring, to ranitidine HCl and subsequently to all synthesised APIs

Info: Deadline extension for all CEP holders to complete step 3 Revision to the CEP (now 1 October 2023)

In September 2019, the EDQM was informed about the presence of low levels of NDMA in ranitidine HCl. The CEPs for this medication were suspended until more information on the mechanisms triggering the formation of NDMA in this substance became available.

The following month, the EDQM contacted all CEP holders and requested that they extend investigations to other APIs.

In December 2019, the EDQM was informed about the presence of traces of NDMA in metformin HCl and contacted all holders of metformin CEPs, requesting them to address this issue. At the time, there was no indication that metformin HCl drug substance was affected.

In June 2020, the EMA finalised a review under Article 5(3) of EU Regulation (EC) No. 726/2004 to provide guidance to Marketing Authorisation Holders (MAHs) on how to avoid the presence of nitrosamines in human medicinal products. As part of the outcome of this review, the European medicines regulatory network agreed new deadlines to implement the Article 5(3) opinion. The EDQM decided not to change the deadline for CEP holders, which therefore remained 31 July 2020.

Conducting GMP inspections of manufacturing sites for the APIs concerned

Work on sampling strategies and testing methods with OMCLs

The EDQM also worked on co-ordinating the development of testing procedures that ensure adequate control of impurities, as well as a risk-based sampling and testing programme focusing on the most pressing issues. These allowed all members of the European Network of OMCLs with the necessary equipment at their disposal to ensure efficient and targeted controls of medicinal products containing sartans. This was a crucial step in providing strong and efficient technical support to regulatory authorities.

In spite of the challenges related to testing nitrosamines, notably the need to develop highly sensitive detection methods, the broad coverage of N-nitrosamines and the need to test different types of APIs, the OMCL Network has developed analytical methods for the determination of NDMA following three general principles, as well as specific methods for determining NDEA. An additional method released by a German OMCL (CVUA Karlsruhe) was the first to simultaneously determine the presence of both NDMA and NDEA in sartan tablets. A specific method for NMBA (N-nitroso-N-methyl-4-aminobutyric acid derived from the use of N-methylpyrrolidone) was also developed by the Bavarian OMCL and published on the EDQM website. Over time, the published methods have been further refined to make them suitable for a broader spectrum of molecules and/or to cover additional nitrosamines. An overview of publicly available methods developed by the OMCL Network and by partner organisations can be found on the EDQM website, under Ad-hoc projects of the OMCL Network.

The OMCL Network, co-ordinated by the EDQM, has developed:

The purpose of testing activities has been to measure levels of contamination in the products concerned, to perform market surveillance of similar products and of products theoretically of low concern, and to analyse samples derived from GMP inspections.

The analytical methods of the OMCL Network/EDQM are also used: 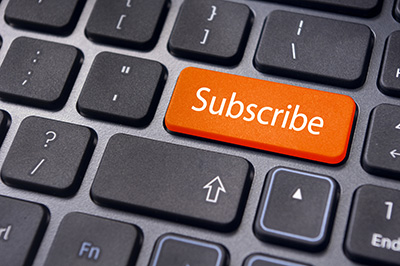