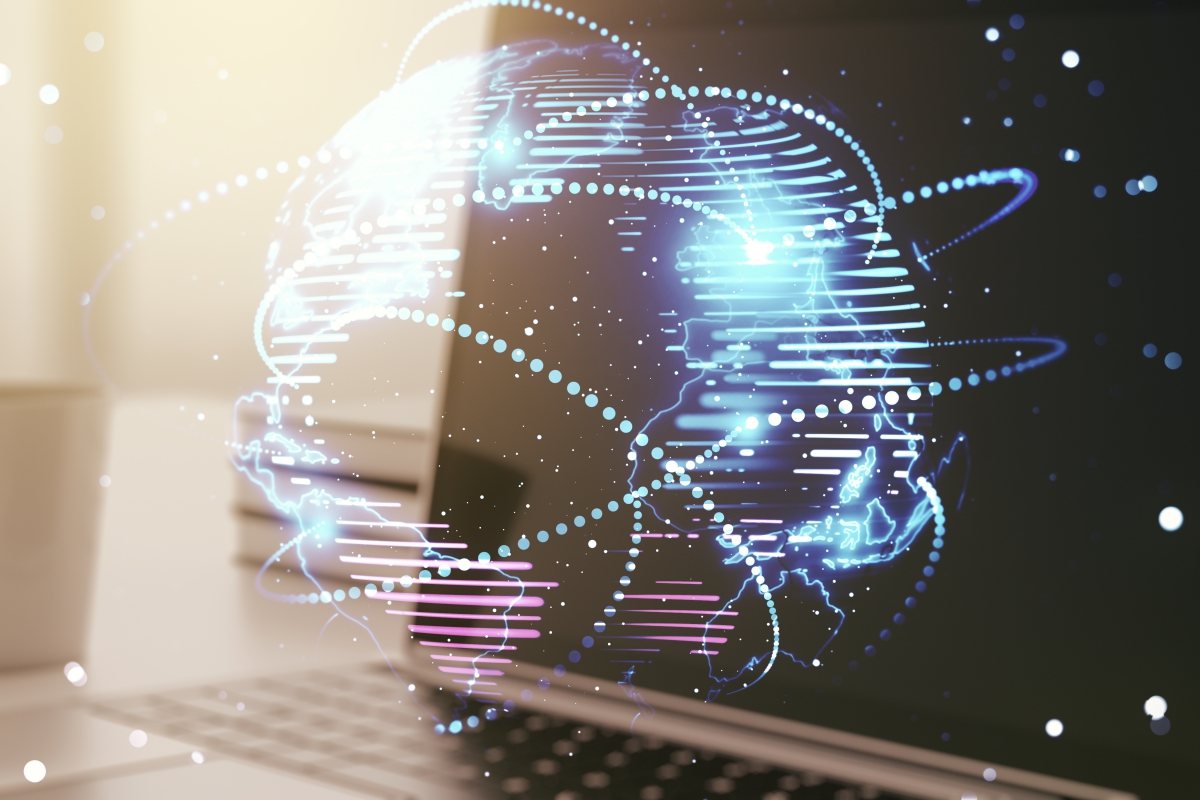 In March 2020, travel restrictions designed to minimise the spread of SARS-CoV-2 interrupted the inspection programme of the European Directorate for the Quality of Medicines & HealthCare (EDQM), which monitors compliance with both Good Manufacturing Practice (GMP) and applications for Certificates of suitability to the monographs of the European Pharmacopoeia (CEPs) in manufacturing sites of active pharmaceutical ingredients (API). These inspections form an integral part of the CEP procedure and are therefore essential to ensuring the availability of good-quality medicines.

Because the vast majority of inspections takes place in India and China, the EDQM had to find new ways to continue the GMP evaluation of manufacturing sites, complementing the traditional combination of on-site inspections and documentation-based assessment of companies. The concept of Real-Time Remote Inspections (RTEMIS) was thus conceived at the EDQM.

The EDQM implemented – in accordance with Directive 2001/83/EC, which does not foresee routine inspections of active pharmaceutical ingredient (API) manufacturing sites in third countries – a risk-based inspection programme that aims to check that manufacturing sites of APIs covered by CEPs operate in compliance with both EU GMP and the relevant CEP applications. About 40 on-site inspections are performed annually and a similar number of sites is evaluated by a distant/desktop assessment procedure, which is based on documentation such as GMP certificates issued by EU competent authorities or inspection reports issued by competent authorities with whom the EU has a mutual recognition agreement in place.

No distant GMP assessment can be as effective as an on-site inspection. The EDQM considered that a real-time remote review of manufacturing operations, equipment, facilities and relevant documentation (such as records and logbooks) would allow to achieve a higher degree of information on GMP compliance compared to the existing distant assessment procedure performed exclusively on the basis of documents. A feasibility study was carried out on technical aspects, and the EDQM concluded that the main challenges – data security and document sharing tools, bandwidth over Wi-Fi or cellular networks, intrinsically safe web cameras and different time zones – could be managed in co-operation with the manufacturing sites to be inspected.

From feasibility study to pilot phase

From the outset, the EDQM considered that a live, real-time video connection between the inspectors and the facilities to be inspected would be the best possible means of bridging the two existing approaches and enabling GMP assessments to continue despite travel restrictions. Setting up such a real-time video connection involves serious technical obstacles, which were considered as challenging. However, in view of the potential benefits and the travel restrictions, the EDQM decided to launch a pilot phase. In September 2020, the EDQM reached out to manufacturing sites that had already been inspected by the EDQM and had a good GMP-compliance record to find volunteers.

Real-time remote inspections require more thorough preparation than on-site inspections. For example, it was necessary to hold preparatory teleconferences with the companies volunteering to participate, followed by a connectivity test (or “dry run”) to ensure that all areas to be inspected were equipped with the necessary networks. Depending on the circumstances, and taking into account the technical solutions available at each specific location, the participating companies set up Wi-Fi networks, cellular networks or hybrid networks comprising elements of these technologies. It was found that a data-transmission rate over 100 kilobytes/second was sufficient to achieve a steady video transmission. This was usually the case when using broadband LAN/WLAN in meeting rooms, but sometimes represented a challenge when using wireless or cellular networks in manufacturing areas.

The real-time, secure sharing of confidential documents also required some thought. The EDQM used a secure document sharing tool offering a secure storage space for documents and other files, physically located on its premises. The participating companies were given access to this tool to upload documents requested before and during the inspection.

Another important technical issue was to determine what kind of devices could be used to capture live footage from potentially hazardous manufacturing areas. Upon investigation, it was found that “intrinsically safe” mobile phones (incapable of causing ignition of hazardous atmospheric mixtures) were already used in explosive atmospheres such as in refineries. During the inspections carried out in the pilot phase, companies used various devices suited to their needs, such as cell phones, tablet computers and head-mounted devices, all equipped with operating systems allowing the installation of web conferencing applications.

Most CEP-holding manufacturers are located in Asia. To minimise the time-difference impact for remote inspections, Indian companies were selected for the pilot phase. Both parties needed to make an effort during remote meetings taking place across several time zones in order to make the best use of the agreed inspection slot. The companies inspected were very open-minded and an inspection rhythm of six to seven hours per day over several days was established. Participating inspectors were nevertheless unanimously of the opinion that one or two days of jetlag is easier to deal with than getting up very early for an entire week. Furthermore, the inspection team worked in parallel sessions whenever possible to achieve the inspection’s objectives and save time.

The experience gained during the pilot phase showed that the feasibility study and the brainstorming sessions paid off: the objectives of all inspections conducted so far have been achieved. A number of minor and major deficiencies were observed and the Corrective and Preventative Action Plans the companies put in place led to a satisfactory degree in GMP conformity on the remotely inspected sites.

The EDQM applied quality risk-management principles during the pilot phase in its decisions on whether to inspect a site remotely, e.g. sites that have demonstrated good compliance history in previous EDQM inspections. These principles will be further expanded once remote inspections are fully integrated in the EDQM programme. Typical factors include travel restrictions, safety of inspectors, GMP-compliance history, and the activities and products of the site. Circumstances in which real-time remote inspections cannot be deployed, such as aseptic manufacturing operations, will also be determined. Furthermore, the EDQM considers that real-time remote inspections could also be executed on a case-by-case basis when emerging risks to public health are detected and an immediate verification of GMP compliance (fully or in part) of an API manufacturer is deemed necessary.

The EDQM’s approach consisting in real-time remote inspections provides a new possibility for GMP-compliance assessment via simultaneous interactions with and live video from a site when an on-site inspection cannot be performed based on risk evaluation. While this approach cannot replace on-site inspections in terms of value and effectiveness, it does enable inspectors to confirm (or question) the GMP-compliance history of a company already having been inspected by the EDQM. Real-time remote inspections therefore have the potential to become a third pillar for the supervision of GMP compliance of API manufacturers registered in the EDQM’s CEP scheme. 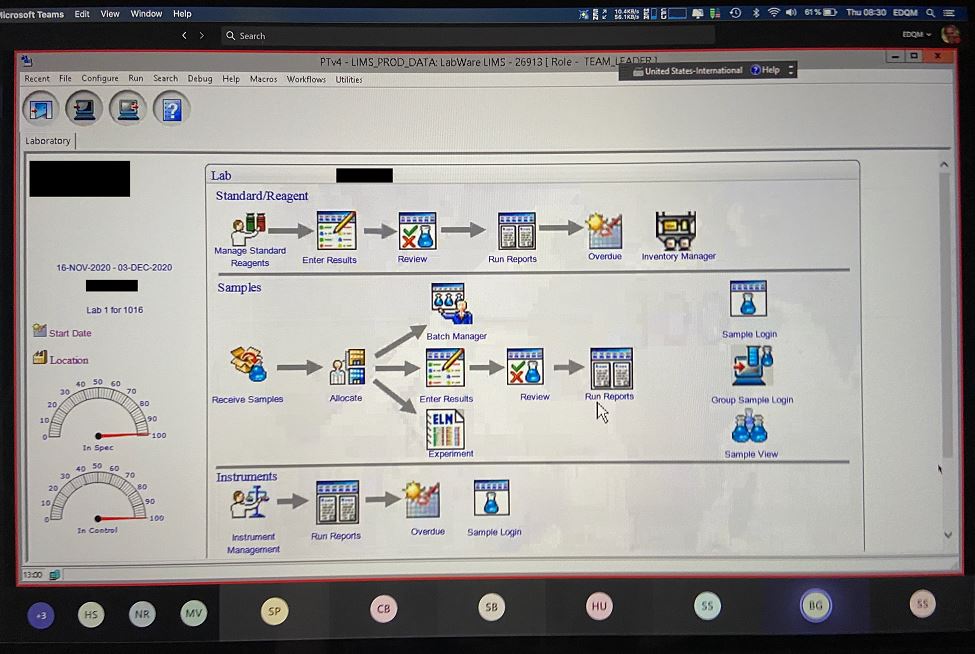 Inspection of a computerised system (LIMS) via shared screen

Review of an HPLC audit trail via shared screen 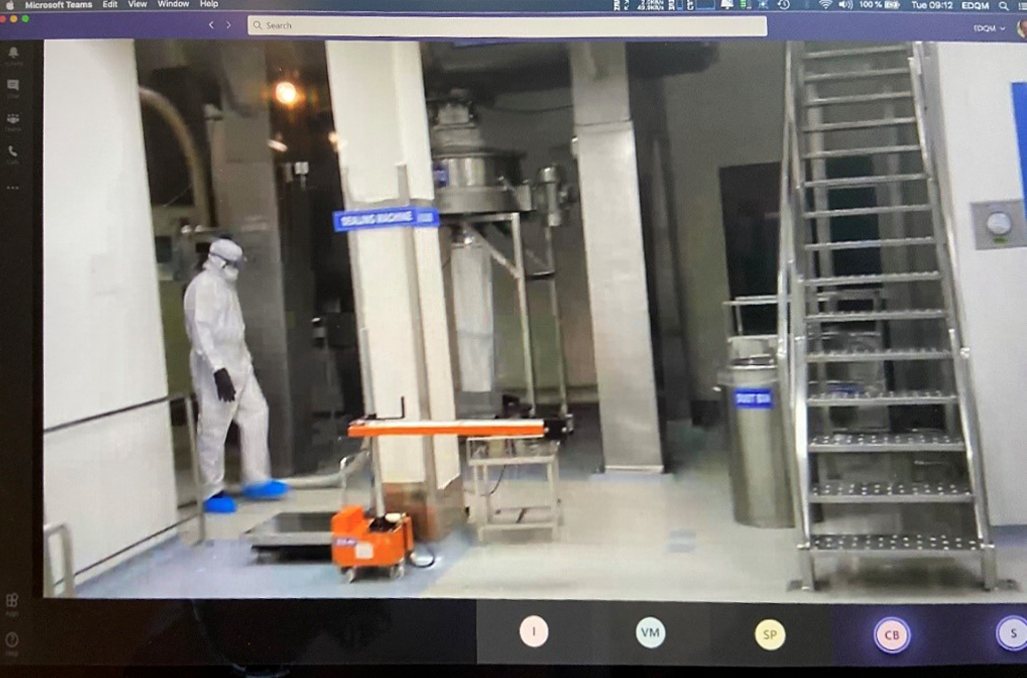 Inspection of the manufacturing facility 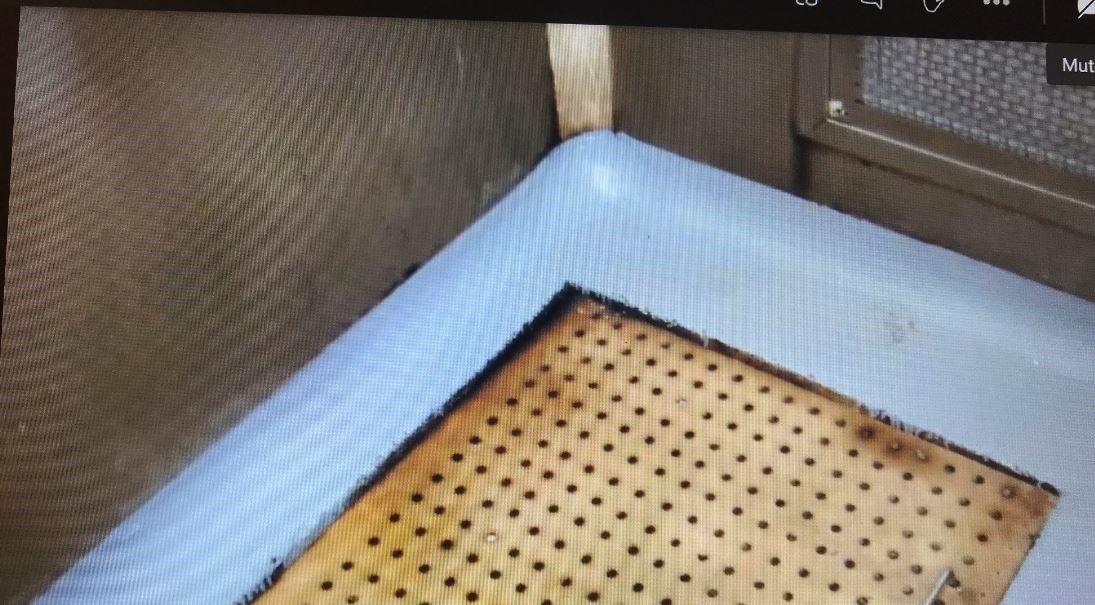 Problem with cleaning/maintenance
Find a guideline

Fees
Looking for a CEP?

Search for a list of granted CEPs, their type, the name of the substance, the full CEP number, the issue date and validity status, using the Certification Database (updated daily).