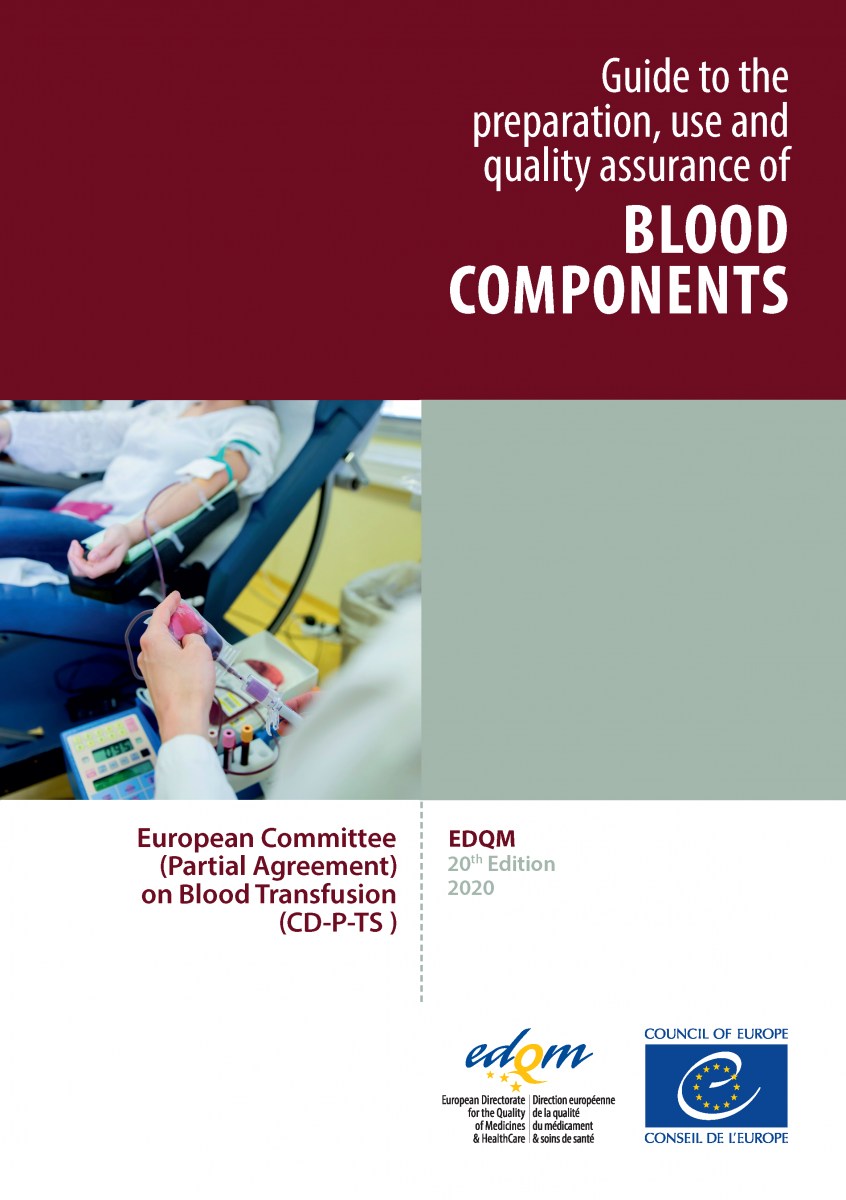 20th Edition of the Guide to the preparation, use and quality assurance of blood components

Mandate of the GTS Working Group

The Blood Guide is regularly updated by the European Committee on Blood Transfusion (CD-P-TS), an intergovernmental committee, which has, according to Resolution CM/Res(2011)24, entrusted a subordinate body, the GTS ad hoc Working Group TS Guide (GTS), with the revision of the guide.

What is new in the 20th Edition?

This edition introduces a major change in the organisation of the Blood Guide. The pre-existing “Principles” and “Standards” sections have been merged to facilitate its use, as standards are now better identified.

The Good Practice Guidelines (GPGs) chapter fully reflects the most recent changes in good manufacturing practices relevant for blood establishments. The GPGs were prepared through ad hoc co-operation between the EDQM and the European Union Commission. The GPGs are mandatory requirements within the European Union as per Directive (EU) 2016/1214. “Standards” in the chapters aim to support safety and quality requirements for transfusion practices in Europe and beyond. The “Monographs” chapter describes requirements that are to be regarded as harmonised standards for the quality and safety of blood components across Europe.

For more information on the 20th edition of the Blood Guide, consult the following sources:

Paper copies will be available for purchase at the EDQM Store (in English only).

The electronic version of the Blood Guide can be downloaded for free online.