The Council of Europe drew up the first international treaty against counterfeit medical products and similar crimes involving threats to public health, the MEDICRIME Convention, to establish as offences:

The convention also lays down a framework for national and international co-operation between the competent health, police and customs authorities on both national and international levels, measures for crime prevention by also involving the private sector, and the effective prosecution of crime and the protection of victims and witnesses. Furthermore, it provides for the establishment of a committee to follow up the implementation of the convention by the signatory states.

On 8 December 2010, the Committee of Ministers of the Council of Europe - representing 46 European Countries - adopted the MEDICRIME Convention and invited the Secretary General to disseminate it widely among non-member states that may be interested in becoming parties. On 29 June 2011, the Committee of Ministers decided to open the convention for signature on 28 October 2011, on the occasion of a high-level thematic conference organised in Moscow. To date, 18 countries have signed the MEDICRIME Convention and 21 have ratified it. With the ratification by Guinea, the sixth country, the convention entered into force in January 2016. Burkina Faso was the 10th country to ratify the convention, which triggered the establishment of the Committee of the Parties, the convention’s monitoring body. The Committee of the Parties started its work in December 2019 by adopting its Rules of Procedures.

The EDQM and its committee of experts CMED co-ordinate a practical work programme to protect public health from the dangers of falsified medicines and related crimes through risk management and prevention, and improved co-operation between member states and other stakeholders in Europe and beyond. It also collaborates with national and international organisations in efforts to combat falsified medical products and related crimes.

Signatory states may make use of the expertise and working results co-ordinated by the Council of Europe and the EDQM to support the follow-up of the convention after its entry into force.

The term "counterfeiting" as used in the MEDICRIME Convention is meant in its broadest sense of "falsification". 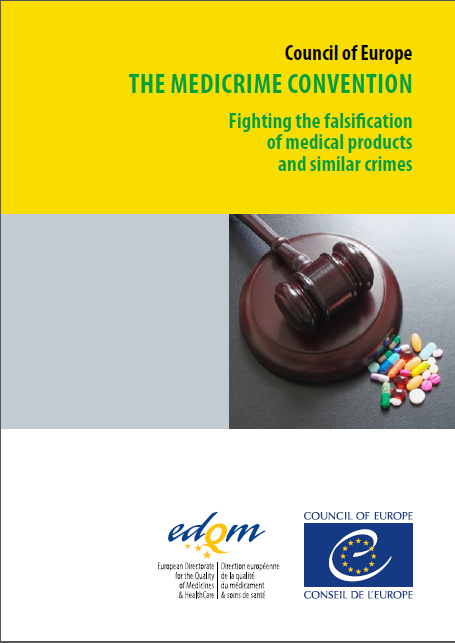 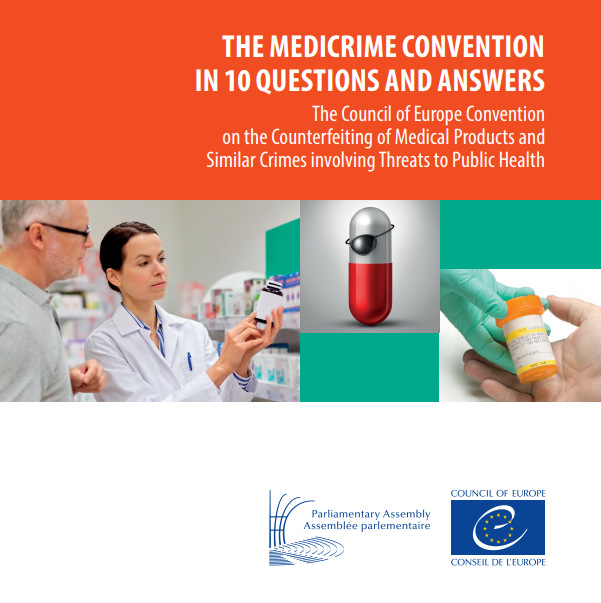 The Medicrime Convention in 10 Questions and Answers 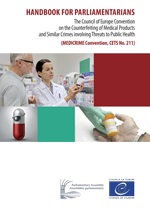