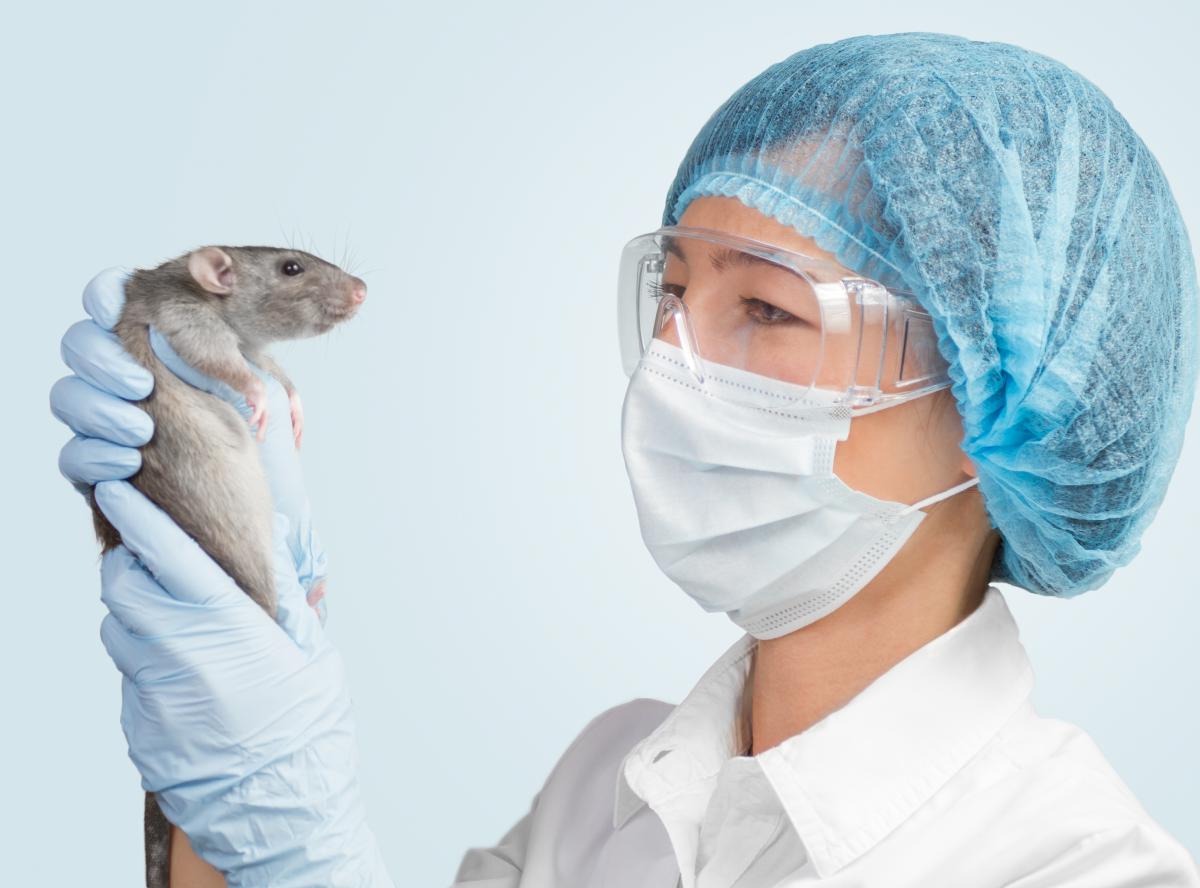 Since 1986, the European Pharmacopoeia (Ph. Eur.) Commission and its experts have worked continuously to ensure that the 3Rs principles of Replacement, Reduction and Refinement of animal testing are applied when revising or drafting the texts published in the Ph. Eur. As a result of the Ph. Eur. Commission’s efforts, no Ph. Eur. monographs on medicinal products derived from human blood and plasma describe any tests requiring the use of animals. As far as human and veterinary vaccines are concerned, an in vitro method has in many cases been introduced as an alternative to or replacement for in vivo testing.

Various strategies are also used to promote reduction and refinement with regard to in vivo assays, for example serology assays or single dilution assays for diphtheria, tetanus, acellular pertussis and rabies (veterinary/human) vaccines.

The major milestones that have marked the past several years are described below.

These decisions are fully in line with the EDQM’s mission to promote and protect human and animal health, and with its commitment to the 3Rs principles.

Share your proposals for replacement of in vivo methods

The Ph. Eur. Commission welcomes any data supporting the replacement of the remaining in vivo methods and proposals for replacement methods, both of which can be sent to the Commission Secretariat via the Helpdesk.

History of Replacement, Reduction and Refinement of animal testing (3Rs) at Ph. Eur. Commission from 2012

Several of the texts adopted at the 170th Session of the Ph. Eur. Commission in June 2021 had been revised in keeping with the 3Rs principles.

These monographs were revised to delete the test for specific toxicity (test in guinea pigs) that is performed on the final lot as part of the validation of the production process.

The decision to remove the test was taken following a thorough re-assessment of toxicity testing requirements for these vaccines, and follows recent similar exercises for other toxoid vaccines.

Three monographs on clostridial vaccines for veterinary use were also revised, submitted to the Commission and adopted:

The monographs had been modified:

Review of a radiopharmaceutical monograph

The commitment to the 3Rs principles continued with a revised version of the Botulinum toxin type A monograph, also adopted at the session. The modified text provides up-to-date information on alternative in vitro methods for potency and now includes a section on the application of humane end-points in the LD50 assay to reduce animal suffering.

Review of veterinary vaccine monographs to promote the 3R principles

At its 167th Session in June 2020, the Ph. Eur. Commission adopted revised versions of three monographs on vaccines for veterinary use which had been modified to promote the 3R principles:

At its 165th Session in November 2019, the Ph. Eur. Commission adopted revised versions of its monographs on tetanus vaccines from which three animal tests have been suppressed. The Test for specific toxicity and the Test for residual toxicity – performed on the final lot for human and veterinary vaccines, respectively – and the Test for irreversibility of tetanus toxoid carried out on the bulk purified toxoid (all tests in guinea pigs) have been deleted.

The decision to remove the tests was taken following a re-assessment of toxicity testing requirements for these vaccines.

At its 162nd Session in November 2018, the European Pharmacopoeia Commission adopted the replacement of the Histamine sensitisation test (HIST) in mice with a standardised CHO cell clustering assay for residual pertussis toxin testing, in general chapter 2.6.33 Residual pertussis toxin and in ten individual monographs on acellular pertussis vaccines.

As part of the same revision exercise, the test for irreversibility of pertussis toxoid and the requirement to test the final lot for residual pertussis toxin have been removed from individual monographs on acellular pertussis vaccines.

Suppression of the Test for Abnormal Toxicity from the European Pharmacopoeia

In November 2017 at its 159th Session, the Ph. Eur. Commission adopted 49 monographs, 36 of which were on vaccines for human use, which had been revised to remove the reference to the test for abnormal toxicity. General chapter Abnormal toxicity (2.6.9) will therefore no longer be cited in any monograph and will also be deleted. As a result, the test for abnormal toxicity will be completely suppressed from the Ph. Eur. as of Supplement 9.6 (implementation date 1 January 2019).

New chapter in Ph. Eur: Substitution of in vivo method(s) by in vitro method(s) for the quality control of vaccines (5.2.14)

Again encouraging the transition from in vivo to in vitro methods, the Ph. Eur. groups of experts on vaccines have developed a new general chapter entitled Substitution of in vivo method(s) by in vitro method(s) for the quality control of vaccines (5.2.14). The text was adopted at the 156th Session and provides guidelines on validation of substitute methods where a direct head-to-head comparison with an existing in vivo method is not possible

Extensively overhauled with input from industry representatives, academics, regulatory authorities and Official Medicines Control Laboratories, the revised version of the general chapter Monocyte-activation test (2.6.30) was adopted by the Commission at its 155th Session. Revision of this chapter (first published in the Ph. Eur. in 2010) was intended to promote use of the test by stakeholders particularly as a replacement for the pyrogens test which is conducted on laboratory animals.

In November 2015, the Ph. Eur. Commission's attention turned to the current requirements for extraneous agent testing. The aim was to rationalise these requirements without in any way compromising safety. To this end, a reference to the new general chapter 5.2.13, which lays down the requirements for healthy chicken flocks used for the production of inactivated vaccines for veterinary use, was introduced into 8 veterinary vaccine monographs. This rendered the test for specified extraneous agents previously performed on each final product obsolete. As part of the same initiative, the revised texts on Tests for extraneous agents in viral vaccines for human use (2.6.16) and Cell substrates for the production of vaccines for human use (5.2.3) were adopted at the 156th Session of the Ph. Eur. Commission. The changes include deletion of the tests on adult mice and guinea pigs and restricting the use of the test on suckling mice and control eggs to cases in which the tests provide risk mitigation.

At its 153rd Session in November 2015, the Ph. Eur. Commission also adopted the revised general monograph Vaccines for veterinary use (0062) together with around 40 veterinary vaccine monographs in order to allow manufacturers to switch from an animal test for vaccine identification to an in vitro test, when appropriate. Not only was the reference to the antibody induction test for identification of all inactivated vaccines deleted from these monographs, but inactivation testing of all inactivated veterinary vaccines was revised to allow manufacturers to omit the second inactivation test.

The Ph. Eur.'s commitment to the 3Rs continued with the inclusion of provisions for additional systems to monitor the consistency of production, firstly in the General Notices (146th Ph. Eur. Commission Session), and then in the general monograph Vaccines for veterinary use (0062) and in three individual veterinary vaccine monographs, Canine leptospirosis vaccine (inactivated) (0447), Bovine leptospirosis vaccine (inactivated) (1939) and Infectious bovine rhinotracheitis vaccine (inactivated) (2674) (153rd Session). This was done in conjunction with implementation of the revised Directive 2010/63/EU on the protection of animals used for scientific purposes, and both recognised manufacturers’ efforts to develop new test methods and encouraged them to develop in vitro alternatives. It was also a reflection of the growing control over vaccine production in general.

ELISA alternative introduced in Assay of hepatitis A vaccine (2.7.14

In June 2014 at its 149th Session, the Ph. Eur. Commission  introduced a validated ELISA method for determination of antigen content in Assay of hepatitis A vaccine (2.7.14) and thus providing  an alternative to the serology assay in mice.

Reduction of unnecessary use of animals in pertussis vaccines

In June 2012, following adoption of the general chapter Residual pertussis toxin and irreversibility of pertussis toxoid (2.6.33), 9 revised monographs on human vaccines to reference this new general chapter were also adopted. The protocol described in the chapter, which is based on the outcome of a study from the Biological Standardisation Programme (BSP), facilitated standardisation of the method and therefore reduces the unnecessary use of animals.

During its 142nd Session (April 2012) and several years into an extensive and ambitious programme of works launched as part of harmonisation with VICH Guidelines 41 and 44, the Ph. Eur. Commission adopted some 80 veterinary vaccine monographs in addition to the general monograph on Vaccines for veterinary use and two general chapters (5.2.6 and 5.2.9), revised for greater consistency with European regulations.

The work programme also included monographs on vaccines for other species that were outside the scope of the VICH Guidelines, targeting harmonisation of the tests for increased virulence performed during vaccine development as a means of substantially reducing the number of animals used for testing.

During the same session, the Ph. Eur. Commission also voted to delete the target animal batch safety test (TABST) waiver, an option available for established vaccines since 2004, from all Ph. Eur. veterinary vaccines. This became effective on 1 April 2013.