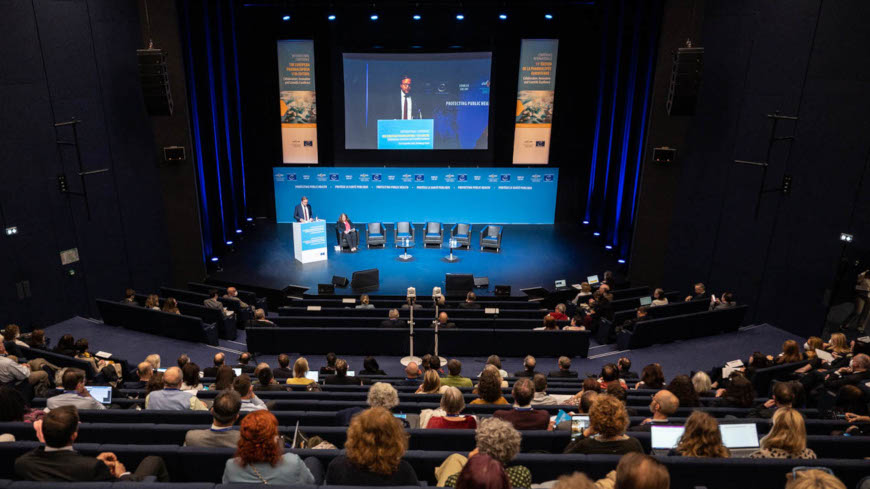 Organised by the European Directorate for the Quality of Medicines & HealthCare (EDQM), the European Pharmacopoeia 11th Edition Conference, “Collaboration, Innovation and Scientific Excellence”, took place in Strasbourg from 19 to 21 September 2022. Held in hybrid format, the event brought together almost 300 participants from all over the world, including representatives of European institutions, the World Health Organisation, national competent authorities, national pharmacopoeia authorities, industry and academia. Several sister pharmacopoeias were also present, including the Japanese Pharmacopoeia, the United States Pharmacopeia (the two other founding members of the Pharmacopoeial Discussion Group, or PDG) and the Indian Pharmacopoeia Commission, which will join the PDG expansion pilot phase in October.

After the two-year hiatus in such large-scale events imposed by the COVID-19 pandemic, the conference provided a unique opportunity for leading experts in the quality of medicines to meet, share their views and experience, and broaden their network. The exchanges, both formal and informal, will certainly contribute to shaping the future of the European Pharmacopoeia.

The rich content highlighted the achievements of the European Pharmacopoeia in the years since the publication of the 10th Edition, many of which feature in the recently published 11th Edition, but also looked towards the future and the 12th Edition. Big data, the next steps towards further reducing animal testing in the health sector, the importance of pursuing harmonisation of pharmacopoeial quality standards on a global level and the great potential of nanomedicines (including the mRNA vaccines against COVID-19, developed in record time) were just some of the themes discussed.

Although demanding, the round table sessions – the European Pharmacopoeia’s first foray into this highly interactive format – on 20 different topics and the four open debates, as well as the various featured sessions, brought the EDQM into grassroots-level contact with many of its major stakeholders (national competent authorities, international organisations, industry and academia), generating immediate and vital feedback that will help shape the 12th Edition and how we collaborate going forward.