Questions and answers on OCABR

EU Official Control Authority Batch Release (OCABR) is a system of control and release of immunological medicinal products (e.g. vaccines) and human blood derived medicinal products (e.g. clotting factor, immunoglobulin, albumin) by national authorities, referred to as OMCLs (Official Medicines Control Laboratories), carried out independently from the manufacturers before marketing. Each batch of these products is controlled and if the batch is compliant with the specifications in the approved marketing authorisation it is granted an EU OCABR certificate.

What is an EU OCABR certificate?

An EU OCABR certificate is a document issued by an OMCL confirming that a given batch of immunological medicinal product or a human blood derived medicinal product meets the specifications in the approved marketing authorisation in the EU.

The EU OCABR certificate is recognised in the European Union Member States and in States which have signed the European Economic Area agreement, namely Norway, Iceland and Liechtenstein or in States with a mutual recognition agreement covering OCABR, namely Switzerland (blood products and vaccines) and Israel (for vaccines only). If a batch has an EU OCABR certificate, it can be marketed in these countries without any additional testing by local authorities.

The OCABR certificate is granted based on a codified procedure agreed by consensus by all the involved member states, who make up the OCABR Network. The OCABR Network is facilitated by the European Directorate for the Quality of Medicine & HealthCare of the Council of Europe (EDQM) and is part of the General European Official Medicines Control Laboratory Network (GEON), which is co-sponsored by the Council of Europe and the European Union.

Why do we do EU OCABR?

The EU OCABR procedure is part of the legislation of the European Union. It follows article 114 of the La procédure OCABR de l’UE fait partie de la législation de l’Union européenne. Elle découle de l’article 114 de la Directive 2001/83/EC as amended. This article provides the opportunity for a competent authority to verify the quality of immunological medicinal products (e.g. vaccines) or a medicinal product derived from human blood or plasma (e.g. clotting factor, immunoglobulin, albumin) batch to batch. It is a recognition of the fact that these products are biologicals and have the potential for inherent variability due their production and testing systems and their own nature. The article 114 also requires mutual recognition of results amongst member states in order to maximise efficiency and avoid unnecessary repeat testing.

What are the benefits of EU OCABR for Public Health?

Like all medicines in the EU/EEA, vaccines and products derived from human blood and plasma undergo a rigorous marketing authorisation procedure to ensure their quality, safety and efficacy, as required by the legislation. This includes an obligation for the manufacturers to comply with good manufacturing practices (GMP) for their production and to perform the quality control tests required by their approved marketing authorisation.

The OCABR procedure allows each batch of immunological medicinal product or a medicinal product derived from human blood or plasma to be controlled by an independent national laboratory before it enters the market. OCABR is therefore an additional guarantee of the quality of these very sensitive products. Importantly, since OCABR is carried out on an ongoing basis batch to batch, the OMCLs can monitor trends in results and potentially identify issues that can be dealt with in a preventive manner with the input of the regulatory authorities and involved manufacturers. The information gained during the OCABR process is available to the responsible Health Authorities in the involved member states and can be used by regulatory and/or Inspectorate bodies to help ensure the ongoing high quality of these medicines. OCABR also allows the Health Authorities to have a good overview of the products that will be available or not on the market and can thus help to anticipate possible shortages.

How is EU OCABR performed?

Before issuing an EU OCABR certificate for a specific batch, the competent authority will perform a set of controls in the laboratory (OMCL), based on an agreed list of key tests described in product-specific guidelines and taken from the approved marketing authorisation dossier for the product. They will also review a document provided by the manufacturer, referred to as the Lot Release Protocol. This document provides specific information collected by the manufacturer during the production and the quality control of a batch. The OMCL compares the reported production and results with the requirements of the approved marketing authorisation. The batch release certificate is issued if all the results in the manufacturer’s protocol and the testing by the OMCL are satisfactory. The product-specific OCABR guideline is built to ensure that each product is released in the same way regardless of which OMCL is responsible for release.

If the evaluation reveals that elements are not compliant, a certificate of non-compliance is issued and all member states are informed so the batch will not be marketed.

OCABR is performed thanks to the OMCLs in the OCABR Network. The involvement of the network permits the workload of the batch release process to be shared amongst the different OMCLs and makes sure that all EU/EEA citizens have access to the same, good quality medicines.

How long does the EU OCABR procedure take?

The legislation allows for 60 days to complete the procedure however in most cases it is much faster. In fact, the time needed for the EU OCABR procedure is generally embedded in the general process of the manufacturer so OCABR has little impact on the timing for availability of the product on the market. Indeed most of the products are controlled by the OMCLs in parallel with the manufacturer before packaging of the products. This means that for compliant batches there is no delay caused by OCABR procedure.

What is the quality standard for EU OCABR?

Is EU OCABR also valid outside the EU?

EU OCABR is based on EU legislation and thus is valid only for the EU/EEA from a legal point of view. The certificate is also recognised by States having signed a mutual recognition agreement with the EU that covers OCABR, namely Switzerland (blood products and vaccines) and Israel (for vaccines only).

More detailed information about EU OCABR and the EU OCABR procedure, including a link to all product specific guidelines can be found here.

You can learn more about the OMCLs and the EU network here.

Back to main OCABR page 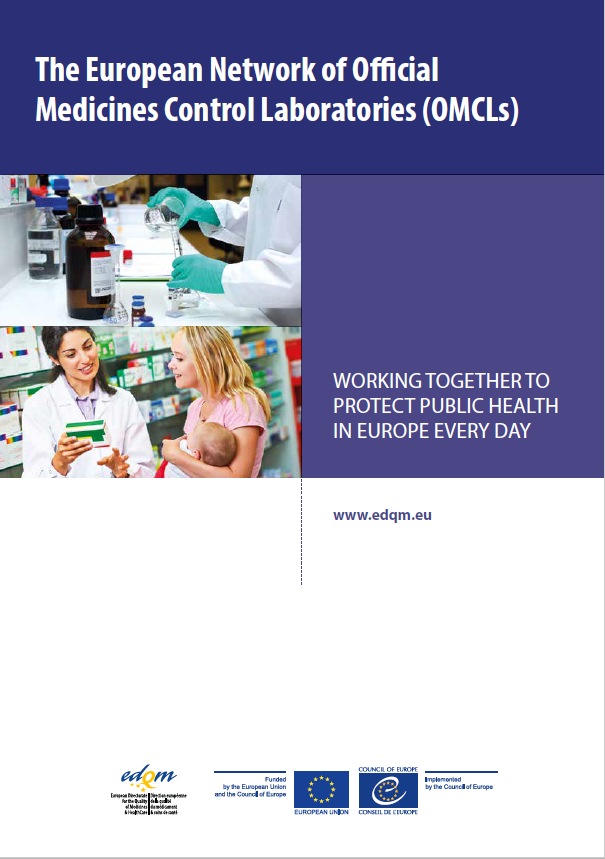 Working together to protect public health in Europe every day