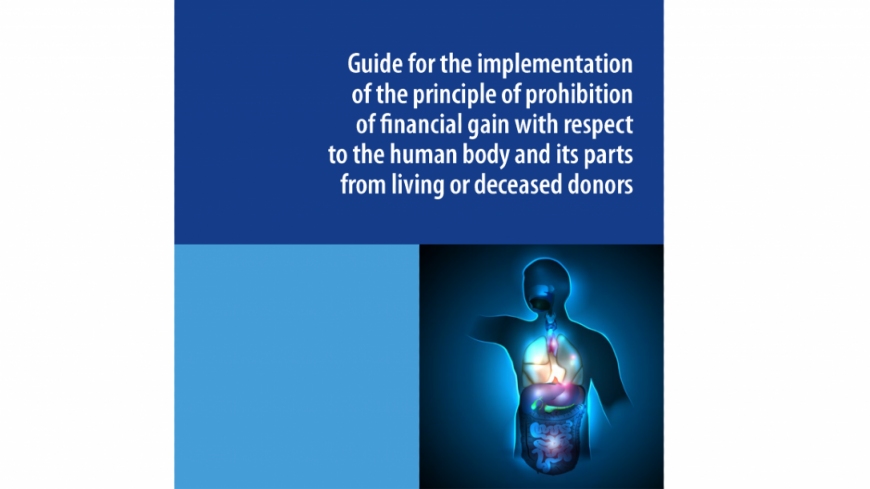 Human plasma is the critical component of numerous therapeutic products used in the treatment of life-threatening diseases, including bleeding or immune system disorders and other severe pathologies. In recent years, the global use of and demand for plasma for fractionation have grown and it is a well-known fact that Europe is not self-sufficient in this regard and relies on imported plasma from third countries such as the United States of America. There is clearly a pressing need to increase plasma collection in Europe.

The Council of Europe was invited on behalf of the Plasma Protein Therapeutics Association (PPTA) to participate in an MEP-hosted event “The revision of the EU Blood Directives – Considerations for Voluntary Unpaid Donation and plasma donors”. The aim of this event was to gather key stakeholders (including bioethics experts, policymakers, patients, donors, public and private sectors) to discuss voluntary unpaid donation (VUD)[*] and its application to plasma donation.

A joint presentation was given by the Secretariats of the Committee for Bioethics (DH-BIO) and of the European Committee on Blood Transfusion (CD-P-TS). It focused on the DH-BIO Guide for the implementation of the principle of prohibition of financial gain with respect to the human body and its parts, as such, and the CD-P-TS activities concerning the safety of plasma donation and donor protection.

In this context, it was recalled that the DH-BIO guide, adopted by the CD-P-TS, provides clarification of the terms and facilitates the implementation of the principle of the prohibition of financial gain laid down in Article 21 of the Oviedo Convention, and that the definition for VNRBD as referred to in Recommendation No. R (95) 14 of the Committee of Ministers on the protection of the health of donors and recipients in the area of blood transfusion, remains most relevant today.

While the principle of prohibition of financial gain/VNRBD does not prevent compensation (i.e. for loss of earning) or reimbursement of donors (i.e. for expenses linked to donation), donation should maintain financial neutrality, including under a fixed-rate system supported by measures to protect against inappropriate competition over donor recruitment.

The CD-P-TS, for which the EDQM provides the Secretariat, will continue to help strengthen the implementation of measures to promote and support safe plasma donation and donor protection, and to ensure continued and safe access for patients to plasma-derived medicinal products for life-saving treatments.